VANCOUVER, BC (March 24, 2022) —Tactical Resources Corp. (CSE: RARE) (“Tactical Resources” or the “Company”), a mineral resource exploration & development company focused on the rare earth elements (REE) that drive the green technologies of the future, is pleased to provide an overview of its claim holdings in the Provinces of Quebec and Saskatchewan.

“A fundamental component of Tactical’s business is to conduct exploration in high potential, low risk jurisdictions in Canada” Company CEO Ranjeet Sundher noted.  “We believe that both Lac Ducharme and SAM have the potential for new discoveries and to advance known mineralization. Further work will focus on delineating the known areas of mineralization as well as defining the regional and local structural corridors.”

The 1,258-hectare Lac Ducharme REE project is found in the favourable mining jurisdiction of northern Quebec within the Manicouagan regional county municipality (MRC) in the Cote-Nord region of eastern Québec, 150 kilometres (“km”) north of the largest regional town, Baie-Comeau (see Figure 1). The project is located about 40 south of the Manicouagan reservoir and is accessible by all-season roads.

The Lac Ducharme Property is located geologically within the Grenville Province, which forms the southeastern rim of the Canadian Shield as its youngest component. The Grenville Province is exposed in a belt from the southern Labrador coast, along the St. Lawrence shore to the Lake Huron shore. Locally, the property is crosscut by a southwest regional-scale fault that separates large composite syn-tectonic plutonic complexes. Rare earth mineralization is hosted in evolved granitic pegmatite cross cutting granitic intrusions. 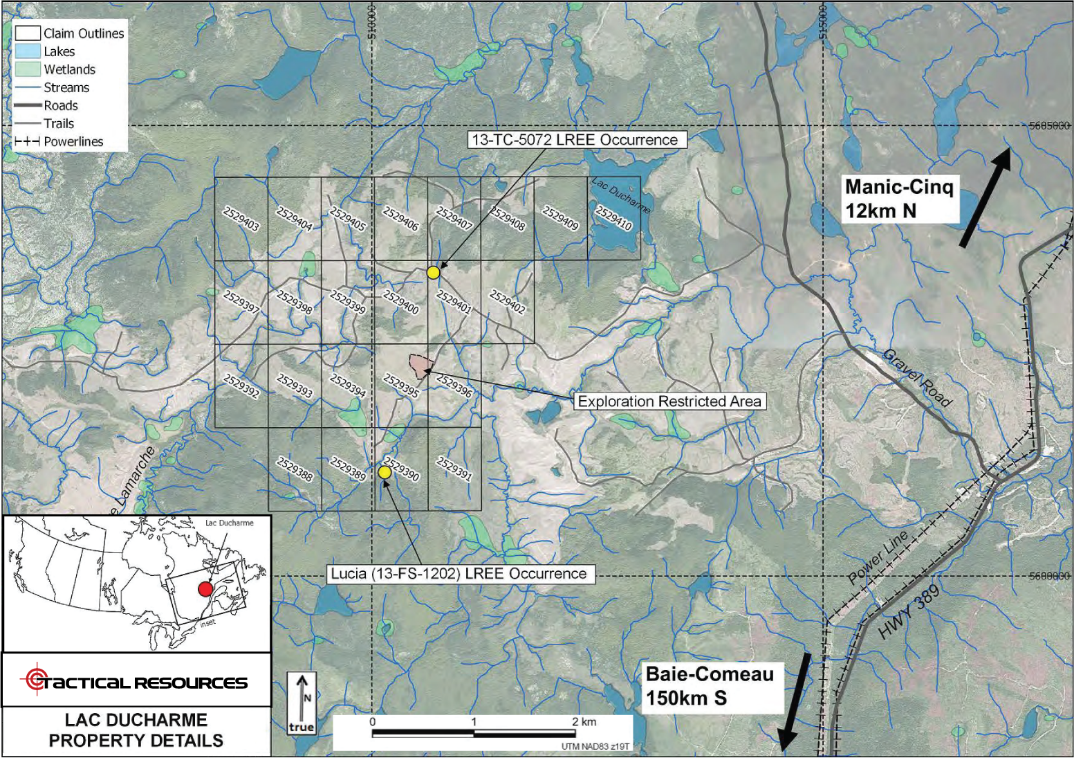 Highlights from this early-stage project consist of dykes of LREE (light-rare earth elements)-enriched pegmatite that were discovered at two locations on the Property in 2013, from which one historic grab sample returned an assay value of 6.04% LREE (see Figure 2). A follow-up historic 20 channel sample program was completed in 2014 with 11 samples returning over 0.1% LREE. Preliminary visual characterization had indicated the presence of monazite and allanite, respectively a phosphate and a silicate mineral.

Tactical Resources executed an option agreement dated March 1, 2021, with the Doctor’s Investment Group Ltd., whereby Tactical Resources may earn up to a 100 percent interest in the Lac Ducharme property by completing $500,000 in exploration expenditures, by making cash payments totaling $60,000 and issuing 510,000 common shares to Doctor’s Investment Group over 28 months.

The SAM Property is located in the Northern Mining District of east-central Saskatchewan, 15 km west of Flin Flon, Manitoba covering a total area of 1,005 hectares. The property is 4.8 km from Provincial Highway 167 with hydroelectric power accessible from grid power along the highway and 9 km south of the Amisk Lake Deposit (SSR Mining) (see Figure 3). 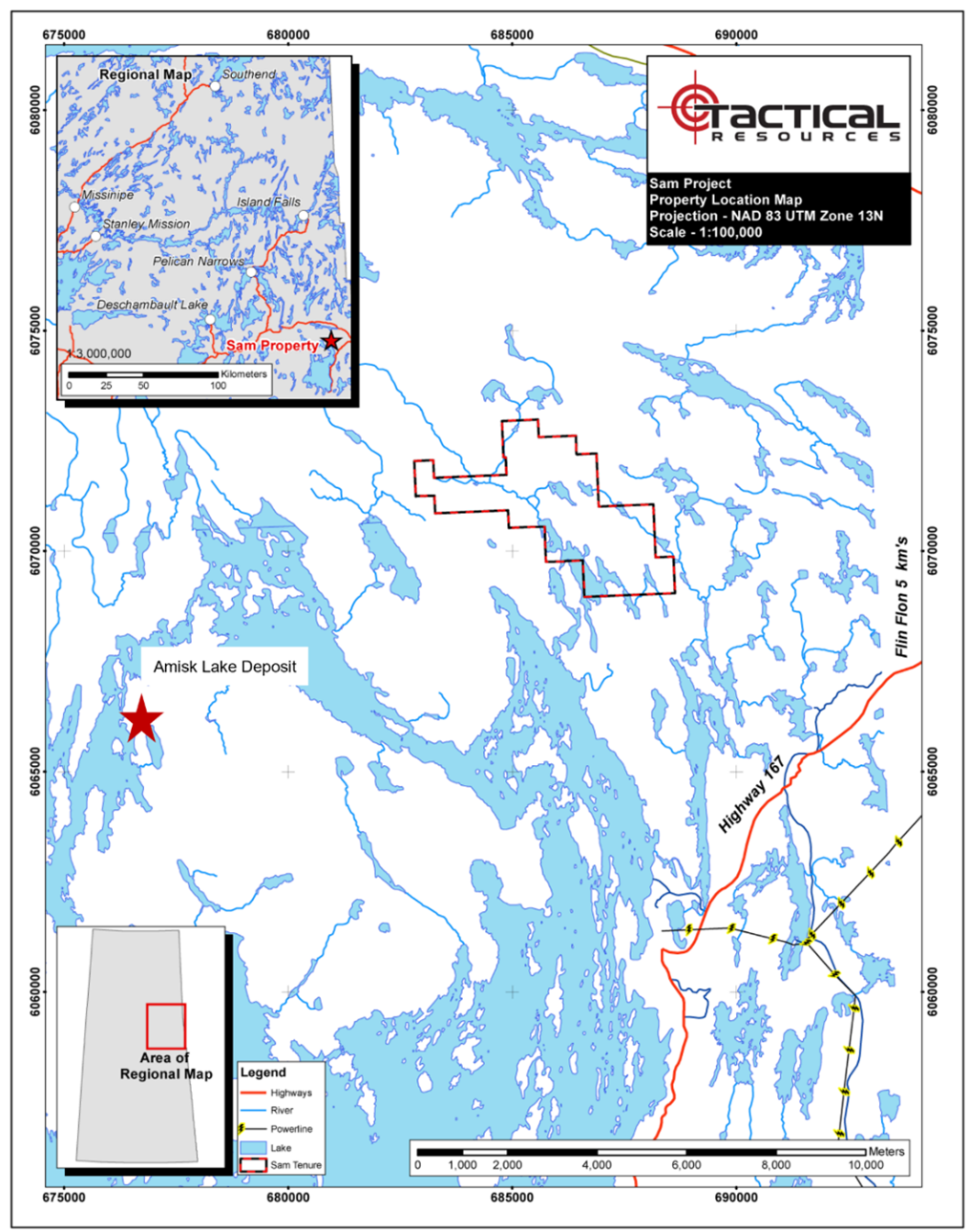 The SAM Property is part of the Flin Flon belt, a component of the Trans-Hudson Orogeny. Historical exploration since the 1950’s has included airborne magnetic and very low frequency electromagnetic (VLF-EM) surveys, radiometric/magnetic surveys and 5,524 meters (“m”) of diamond drilling in 41 historic holes, plus soil and rock samples (see Figure 4).

Mineralization on the SAM property includes both gold and base metal occurrences. There are seven mineral occurrences on the SAM property documented in the Saskatchewan Mineral Deposit Index (SMDI). Mineralization at the SAM Cu-Zn Zone (SMDI 0311, 1870) is defined as Konuto Lake type and occurs as local disseminations and stringers of pyrite-pyrrhotite, and chalcopyrite over a defined strike length of 200 m, a width of up to 50 m, and has been traced to a depth of 200 m. Gold mineralization at the Wolverine North and West (SMDI 2226) and Golden Bear Shear Zone (SMDI 2558) is associated with quartz-ankerite veins in strongly sheared metasediments and volcanics. The veins typically carry sulphides (pyrite, pyrrhotite, chalcopyrite) as well as tourmaline, epidote, and chlorite.

The Wolverine Zone historic trench sampling returned 27.22 grams per tonne (“g/t”) g/t gold over 1.0 m (SMDI 2226) with many samples reporting over 3.1 g/t gold and the Golden Bear historical trenches returned values from trace to 9.61 g/t gold over 1.55m (SMDI 2558).  Mineralization at the SAM property has been defined a strike length of 200 m, a width of up to 50 m and has been traced to a depth of 200 m. Gold grades vary with the highest grades associated with sections that contain significant sphalerite. 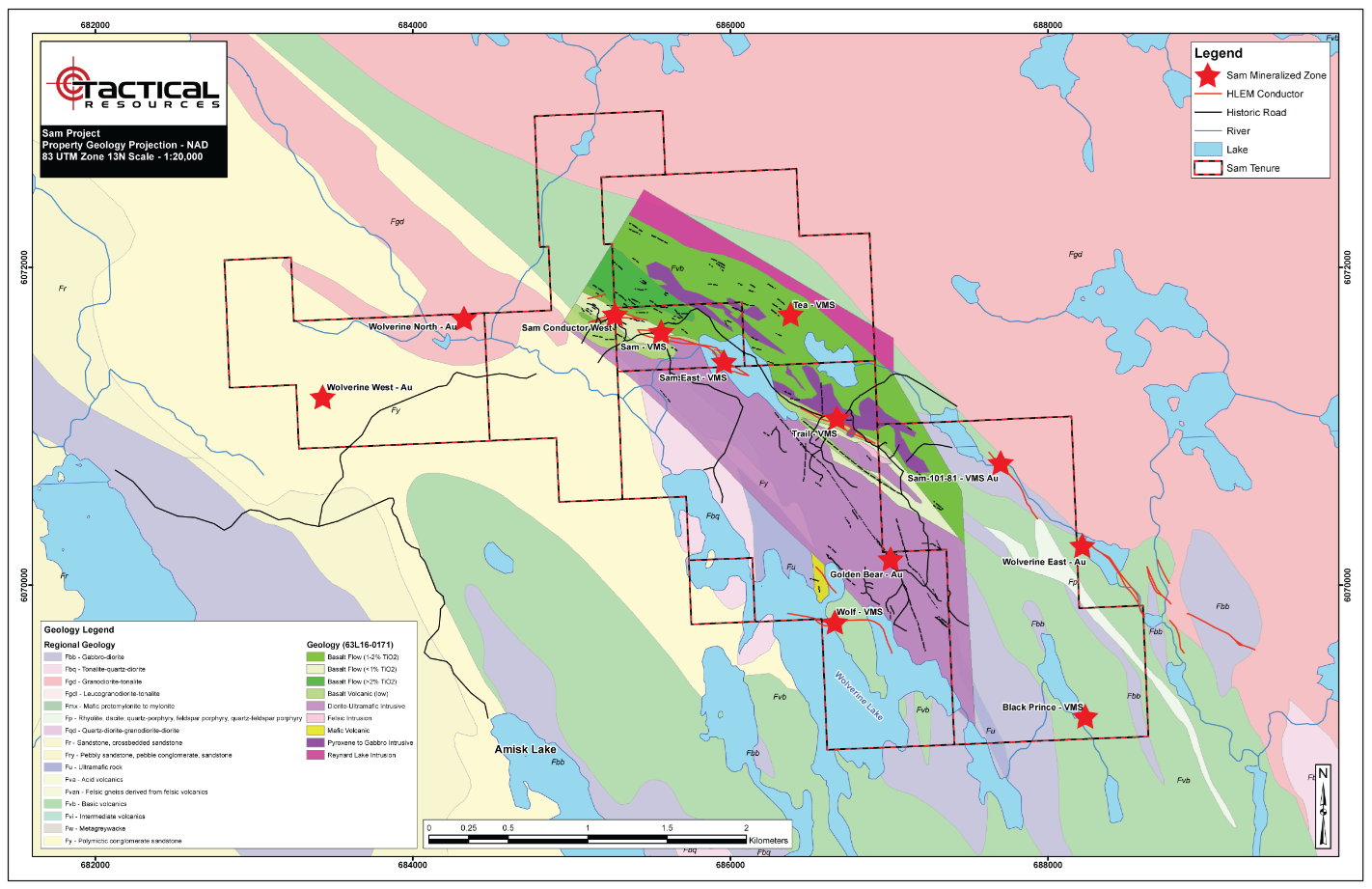 Tactical Resources executed an option agreement with Taiga Gold Corp. on June 21, 2021, whereby Tactical Resources may earn up to a 60 percent interest in the SAM property by completing $4.0 million in exploration expenditures, by making cash payments totaling $500,000 and issuing one million voting-class common shares to Taiga over four years.

Tactical Resources is a Rare Earth Elements (REE) exploration and development company based in Vancouver, British Columbia, which holds interests on the Lac Ducharme property located in Quebec, the SAM property in Northern Saskatchewan, and the Peak Project in Texas. The Company is also actively involved in the development of innovative metallurgical processing techniques to further unlock REE development potential. Find out more at: www.tacticalresources.com and follow us on Twitter.

The Company’s final prospectus, financial statements and management’s discussion and analysis, among other documents, are all available on its profile page on SEDAR at www.sedar.com.

Management cautions that past results or discoveries on proximate land are not necessarily indicative of the results that may be achieved on the subject properties. The technical information presented above is repeated for historical reference only. The Company’s QP, as defined under National Instrument 43-101 has not prepared nor verified the historical information. All drill intercepts are drill indicated lengths. Insufficient technical information exists to demonstrate the true widths of these intersections. All of the technical information is derived from public documents available through the Saskatchewan Government Ministry of the Economy, GESTIM (le système de gestion des titres miniers), SIGÉOM (Système d’information géominière du Québec) and MERN (Quebec Ministere des Energie et Ressources Naturelles).

Charles C. Downie, P.Geo., a “qualified person” for the purposes of National Instrument 43-101 – Standards of Disclosure for Mineral Projects and a Director of Taiga Gold Corp., has reviewed and approved the scientific and technical disclosure in the news release related to the SAM project.

Martin Demers, P.Geo. (OGQ 770), a “qualified person” for the purposes of National Instrument 43-101 – Standards of Disclosure for Mineral Projects and a consultant to Tactical Resources, has reviewed and approved the scientific and technical disclosure in the news release related to the Lac Ducharme project.

This news release contains statements and information that, to the extent that they are not historical fact, may constitute “forward-looking information” within the meaning of applicable securities legislation. Forward-looking information may include financial and other projections, as well as statements regarding future plans, objectives, or economic performance, or the assumption underlying any of the foregoing. In some cases, forward-looking statements can be identified by terms such as “may”, “would”, “could”, “will”, “likely”, “except”, “anticipate”, “believe”, “intend”, “plan”, “forecast”, “project”, “estimate”, “outlook”, or the negative thereof or other similar expressions concerning matters that are not historical facts. Examples of such statements include, but are not limited to, statements with respect to information regarding the Company’s plans for the acquisition, exploration or development of minerals claims prospective for REEs. 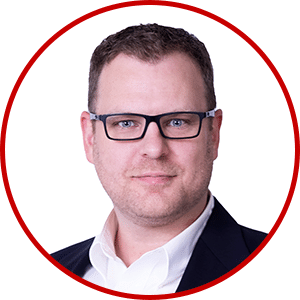